Thanks to its unique features - synthetic accessibility of the designed compounds and independence of the scoring function - Synopsis has been succesfully applied in various molecular design projects.

The discovery of Alofanib, an externally binding FGFR inhibitor, illustrates how we apply our in-house molecular modeling tools in combination with Synopsis.

The deployment of Synopsis to the design of organic structure directing agents (OSDA's) highlights how the structure generation is fully independent of the method used to calculate the molecular properties. Thus, its use is not limited to drug design but is generally applicable in materials science.

By default, Synopsis generates molecules that score well on one particular property, e.g. the inhibition of a single enzyme or receptor. Additional desired or undesired properties can be added as filters to the scoring protocol. However, sometimes molecules with an activity profile over multiple targets are desired for optimal clinical efficacity and safety. We have recently adapted Synopsis so that it can handle multiple targets. 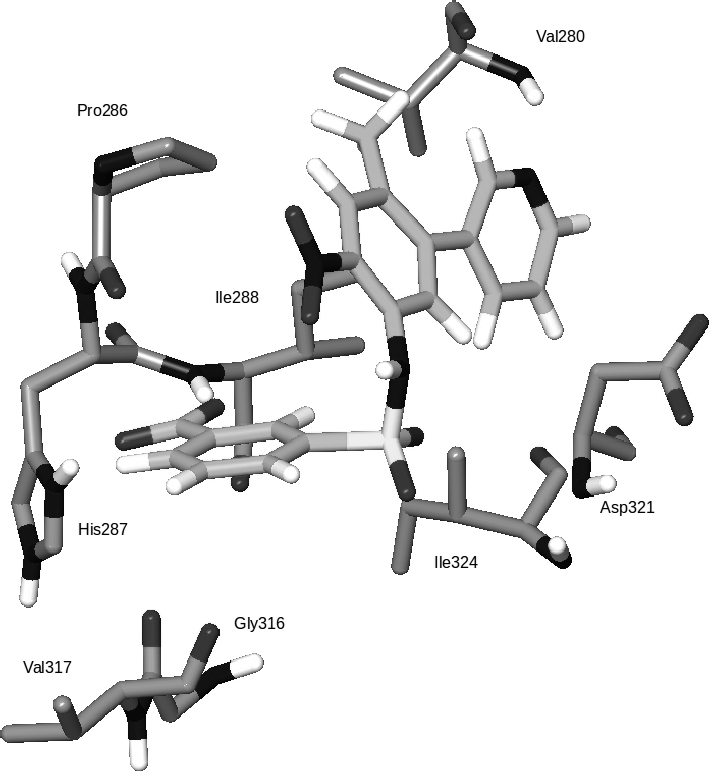 Fibroblast growth factor receptors (FGFRs) play a key role in tumor angiogenesis. Existing strategies for inhibiting FGFR aim to inhibit the kinase activity by binding at the intracellular part of this transmembrane receptor. In contrast, attempts to regulate FGFR signaling through an extracellular mechanism are less well documented. Based upon crystal structures of FGFR with its native protein ligand and knowledge of both peptide and small-molecule agents, we have in-house developed a computational protocol that predicts the putative binding of small-molecule inhibitors to the extracellular domains of FGFR2. This protocol has been used as scoring function for Synopsis in order to generate high scoring and synthetically accessible compounds. 8 Compounds belonging to 3 chemically separate classes have been synthesized. One of these, Alofanib, has been found to be an effective inhibitor of the bFGF/FGFR2 pathway.

The project has been directed by Dr. Ilya Tsimafeyeu of the Kidney Cancer Research Bureau in Moscow, Russia. Synthesis of the compounds has been outsourced to EcoSynth in Oostende, Belgium. Alofanib is currently investigated in late-stage preclinical studies by Russian Pharmaceutical Technologies LCC. Details of the design, synthesis and biological activity of Alofanib have been published in I. Tsimafeyeu et al., Medicinal Chemistry 2016, 12(4), pp.303-317 and I. Tsimafeu et al., Eur. J. Cancer 2016, 61, pp 20-28 . 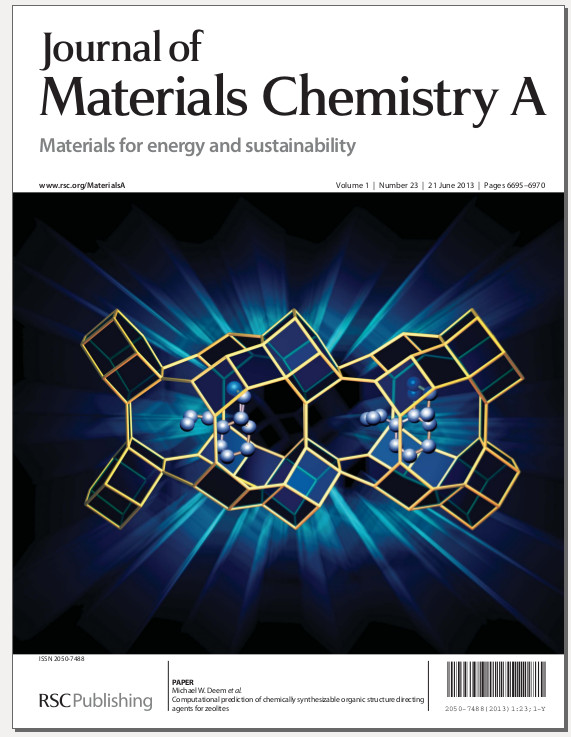 Zeolites are nanoporous aluminosilicate minerals that are widely applied in catalytic, sorption and separation processes. The synthesis of man-made zeolites is facilitated by the use of organic structure-directing agents, OSDAs. An OSDA for a particular zeolite has to be soluble in the synthesis medium, has to be stable under synthesis conditions, and has to interact with the zeolite framework with favorable energetics. These properties can be predicted by a computational protocol developed by the group of dr. M.W. Deem at Rice University. The protocol has been adapted to serve as a scoring function for Synopsis to design novel OSDAs for the synthesis of both existing and theoretically predicted zeolites. The method is detailed in R. Pophale et al., J. Mater. Chem. A, 2013, 1, 6750. It has been experimentally validated by the successful design of novel OSDAs for 2 known zeolites. Research directed towards the discovery of OSDAs for other zeolite types is ongoing.

The desirability of a compound designed for a given purpose is often difficult to express as a single number. In drug design for example ADME-Tox and other physicochemical properties have to be considered in addition to the activity against the biological target. Also, clinical experience has revealed that single-target drugs are not always effective for the treatment of complex diseases such as cancer or neurological ailments. Therefore the Synopsis algorithm has been adapted to include a Pareto algorithm to efficiently design multi-functional compounds. The table below illustrates how Synopsis can generate both dual and selective inhibitors of 2 different biological targets. At the same time, the generated structures have structural and physicochemical parameters that are within ranges typical for drug-like molecules. The physicochemical parameters have been calculated using OpenBabel, the pIC50 have been predicted with Autodock-Vina. Recently, full details of the method as applied to the design of dual and selective FGFR and VEGFR inhibitors and the design of OSDAs have been published in F. Daeyaert and M.W. Deem, Mol. Inf. 2016 (doi:10.1002/minf.201600044).